Anatols DinbergsA Life Spent in the Diplomatic Service of Latvia

Anatols Dinbergs (born Riga, March 3, 1911, died Washington, D.C., November 9, 1993) was one of the preeminent career diplomats of Latvia. He entered service in Latvia's Foreign Ministry in 1932. Dinbergs remained abroad when the Soviet Union occupied Latvia, serving in the Latvian Legation in Washington D.C. after World War II ended. Dinbergs assumed the highest diplomatic post, that of chargé d'affaires, in 1970 and represented Latvia's sovereign interests in exile until Latvia reestablished its independence in 1991. As head of the Latvian diplomatic service abroad, Dinbergs was appointed Latvia's first ambassador to the United Nations and subsequently Latvia's first ambassador to the United States. After retirement, he served as Counselor to the Latvian Embassy in Washington D.C. until his death in 1993. 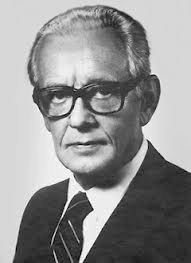 With the upheavals of the Latvian War of Independence, the Dinbergs family fled Latvia, living as refugees in Vitebsk from 1914-1918.[1]

Returning to a newly independent Latvia, Dinbergs' father, Alfreds (1878–1941), was hired in 1919 as an engineer in Latvia Railway's technical directorate, later promoted to head its maintenance division. As a candidate for parliament, he was also elected to the Saeima from 1931–1934, representing the Railroad Worker's Association.

Anatols Dinbergs graduated from the Riga State Gymnasium No.1, from the French Institute, and obtained his degree in law from the University of Latvia.

Dinbergs entered service in Latvia's Foreign Ministry in 1932 while still completing his studies. His first post abroad was a junior position at the consulate in Lodz, Poland, from 1933 to 1934. From 1934 to 1935, he worked as correspondence secretary for the Western and Legal sections. In June 1937, he was appointed as assistant to the secretary in Latvia's New York consulate and promoted to attaché in September of that year.

Dinbergs declined to return home after the Soviet invasion of Latvia in June 1940 and was subsequently relieved of his duties by the Latvian SSR. With the emergency vesting of Latvian sovereign authority in the chief of the Latvian diplomatic service, Kārlis Zariņš in London, the Latvian diplomatic corps continued to function in exile. U.S. envoy Alfreds Bīlmanis, head of the Washington, D.C. consulate, promoted Dinbergs to vice consul in September 1940, then transferred Dinbergs to Washington, D.C. in 1941, where he served as diplomatic attaché and head of the consular section.[2]

The Latvian Legation in 1940-1991 did not maintain any contacts with the foreign ministry of the Latvian SSR. It received its first visitors from Latvia (representatives of Latvian Popular Front) in December 1988. After the independence declaration of May 4, 1990, Dinbergs established unofficial contacts with the new leadership of Latvia. That year he also arranged for the visit to the U.S. by Latvian prime minister Ivars Godmanis and foreign minister Janis Jurkans.

In the spring of 1991, a working arrangement was agreed to among the Latvian foreign ministry, the legation in Washington, D.C., and the unified foreign diplomacy service which had been formed. At Dinbergs' initiative, a policy meeting was held in Washington, D.C. on April 14–15, also attended by Jurkans.[13]

The legation in Washington, D.C. played a key role in January 1991 and August 1991 when Dinbergs, together with Estonian and Lithuanian diplomats, apprised the U.S. State Department of the course of events in the Baltic states and their drive to independence. On August 21, 1991, the day Latvia regained its independence, he dispatched a telegram to Riga, congratulating the government on its "declaration of renewed State independence based upon the foundation of the 1922 Constitution," promising an even closer partnership between the legation in Washington, D.C. and the parliament and Council of Ministers to achieve their common goals.

Symbolizing that partnership, acting Latvian president Anatolijs Gorbunovs visited the U.S. and United Nations Headquarters in September 1991.[11] As of that September, Dinbergs was officially appointed both as head of Latvia's diplomatic service and as U.S. envoy.

In a letter to the General Secretary of the United Nations of September 6, 1991, the Latvian government authorized Anatols Dinbergs with plenipotentiary powers to represent the interests of the Latvian nation. Dinbergs was officially appointed on September 17, becoming Latvia's first Ambassador and Permanent Representative to the United Nations, having the honor of presiding over the first raising of Latvia's flag as a UN member. Dinbergs retired from his U.N. post that same year, on December 5, while continuing on in his positions of head of the diplomatic service and U.S. envoy.

On September 18, 1991, the Latvian government had also petitioned the U.S government to promote the Legation to the highest rank of Embassy and to accept Dinbergs as Extraordinary and Plenipotentiary Ambassador. The U.S. acceded to the request, and so on March 11, 1992, Anatols Dinbergs submitted his credentials of accreditation to U.S. president George H. Bush. Bush expressed his particular happiness to see Dinbergs in this post, who for so long and so ably filled his duties, and that it was gratifying to work with such an eminent diplomat. Latvian diplomatic representation in U.S. during 1922-1948 had been vested in envoys, since the Latvian government only created the post of ambassador in 1991, Dinbergs thus became Latvia's first ever ambassador to the United States.[12]

For the most part, Dinbergs' appointees abroad, in the U.S., France, Great Britain, Canada, Australia, and Germany, continued on in their positions in Latvia's diplomatic and consular services.[17]

Dinbergs retired from active diplomatic duties in December 1992[14] and continued to serve as Counselor to the Embassy until his death, on November 9, 1993.[19][20]