“Might it not be thought rather cynical if it seemed we had disposed of these issues so fateful to millions of people, in such an offhand manner? Let us burn the paper.”
— Churchill, in conference with Stalin, October 9, 1944

The belief that Britain and France drew the line against Soviet demands for the Baltic states, causing tri-partite negotiations to stall—at which point the opportunistic and nefarious Stalin came to terms with Hitler instead by concluding the Molotov-Ribbentrop Pact (which did "give" the Baltics to Stalin), is widely held among the Baltic diaspora of World War II refugees and their progeny. Equally held, as demonstrated by its refusal to recognize the illegal annexation of the Baltics by the Soviet Union, is that the U.S. was, for half a century, the most stalwart of advocates for the Baltics and their right to freedom—such non-recognition being the moral manifestation of America's ever steadfast support of Baltic self-determination (per the Stimson Doctrine)—echoed to the present day in ceremonial Congressional declarations issued regularly on the original anniversaries of Baltic independence[1].

In its "search for historical truth," Professor Vilnis V. Šveics' concise and revelatory monograph on the descent of the Baltic states into Soviet domination conclusively documents that such beliefs and trust are misplaced. The plain and irrefutable facts fly in the face of long- and widely-held beliefs which have taken root in the collective Baltic consciousness.

The post-war cult of heroism surrounding Churchill and Roosevelt left no room for their culpability in the disappearance of the Baltic states for half a century. Churchill's division of Europe in conversation with Stalin is well known from Churchill's own memoirs. Far less known is Eden's eagerness to barter away the Baltics from the very start—although the British Foreign Office's position was perhaps more ambivalent[2]; or Roosevelt's secret letter delivered to Stalin in 1943 offering the USSR "absolute equality of vote...in the future organization of the world," co-anointing Stalin as one of the four pillars in the "tetrarchy of the Universe."

Šveics makes the point clear: the Baltics' return to freedom must be informed by historical fact—not a parroting of the propaganda of the past; and that journey must hold accountable those responsible for the loss of that freedom. Šveics closes expressing his hope that the coming decade (1990s) will see the restoration of the Baltics states to the community of nations. 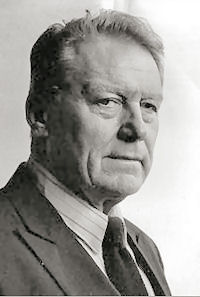 Dr. Vilnis Viktors Šveics (1925–2005) graduated Rīga Gymnasium, served in the conscripted Latvian Legion, and after the war, lived in Esslingen, Germany with other Latvian refugees in the Displaced Persons ("DP") camp there, and eventually emigrated to the United States to work and continue his studies. Šveics's academic degrees included a Masters in International Law (Columbia University), PhD. in Political Science (New York University), and Doctor of Laws (Columbia University). Šveics also studied in Heidelberg, Germany; Stockholm, Sweden; and Warsaw, Poland.

He was a long-time professor of political science at Jersey City State College (until his death, September 20, 2005) and served as a lecturer for non-commissioned and officer staff at the U.S. Army School of Management. He authored numerous papers and books, primarily in the arena of politics and history.[3]

We thank the Šveics family for their generous permission to share this work, which is reproduced here for academic research and personal use only.

...Timeline... Frīdrihs BriedisFrīdrihs Briedis, Aleksandrs Plensners, M. Akmenājs, ed., 1963. Latvia and the Latvians"Attitudes of the Major Soviet Nationalities, Latvia and the Latvians", Frederic T. Harned, 1973. Soviet Aggression Against the Baltic StatesSoviet Aggression Against the Baltic States. Augusts Rumpēters. The World Federation of Free Latvians, New York. 1974. How Stalin Got the Baltic StatesHow Stalin Got the Baltic States—The Search for Historical Truth. Dr. Vilnis V. Šveics, 1989. Brief History of Latvia"A Brief History of Latvia". Latvian Foreign Ministry. 2000.  Signs and NATO MittensSigns, Rhetoric, and Mittens for NATO, 2006
Dr. Šveics' work is reproduced for academic research and personal use only. All rights are reserved and remain with the Šveics family. Transmission, storage, reproduction, and publication any medium, electronic or non-electronic, and resale are expressly prohibited. Please cite in accordance with academic standards and practice. Page numbers in the original are preserved for citation purposes and appear in dotted boxes indicating top of page. Footnotes are all original to the work unless otherwise annotated (“ — PJV”).